I personally feel like BaByliss are often overlooked in the world of hair styling. Some of the first ever heat styling tools I used were made by BaByliss, and they performed exceptionally well.

Of course, technology has evolved quite a bit since then. After being offered the opportunity to test their new 3Q straightener, I felt like I was being reunited with an old friend, of sorts.

The 3Q comes with several familiar-looking features that seem to be currently making the rounds in the world of hair straighteners, including;

You can find the 3Q here on Amazon, where the exceptional price will get you;

I was already impressed by the super-sleek, luxurious, and modern design of the straightener, so I was dying to give it a go, naturally. 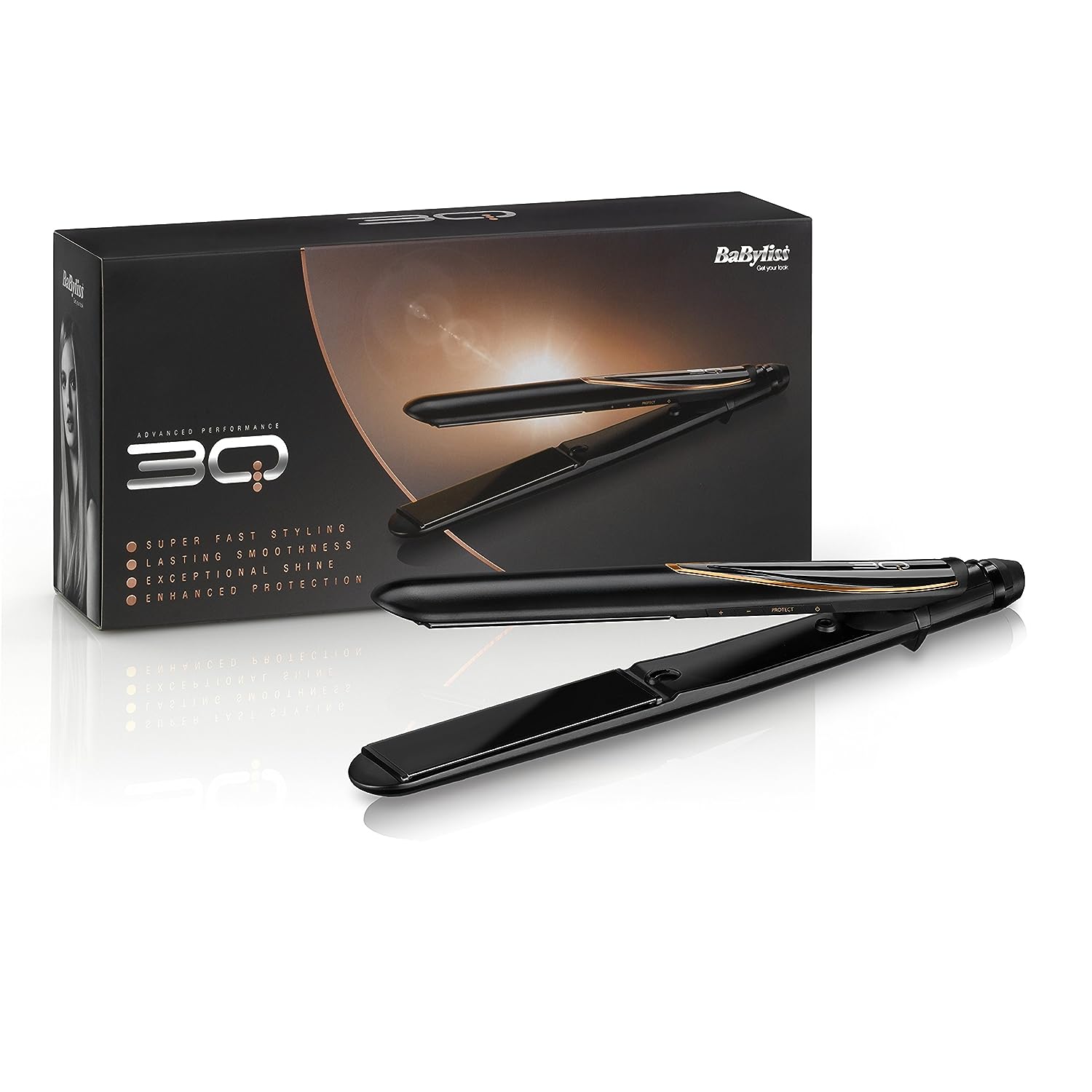 Advanced CeraTherm system for fast heat up to 235C and maintains high heat for true salon performance; Intelligent Sensor Protect Technology adjusts the temperature according to the characteristics ...

Made by: BaByliss, Available: In stock
VIEW DETAILS

I can honestly say that the BaByliss 3Q is one of the best hair straighteners that I have ever used.

The temperature range allows for plenty of choice- I settled for a setting in the middle as my hair was feeling slightly frazzled that day. Even at a slightly lower temperature, the straighteners worked with just one quick pass through the hair. There was no snagging at all, even though my hair is slightly damaged in parts. I benefitted massively from the switch activation function- the number of times I’ve mistakenly changed the temperature due to bad button positioning is excessive.

After styling my hair, and in an extremely short amount of time, I must add, my hair looked noticeably glossier, and felt miles smoother than I’ve found after using other hair straighteners- and it lasted for most of the day!

I used the “protect mode” on the straightener, which is allegedly meant to reduce the amount of damage inflicted onto the hair, as my hair has been through quite a bit recently. Of course, I have no way of scientifically proving that my hair was less damaged after using the 3Q than it would be after using other straighteners, but my hair definitely felt less brittle and dry- that’s enough evidence for me, personally!

The only downsides I can find with the straighteners are minor. One is the lack of grip- the entire body of the straightener is smooth, which could lead to the less steady-handed possibly burning themselves. That’s only a small possibility, though.

Another is the temperature range. The 3Q can operate between 180°C and 235°C, but even the lowest temperature setting may be too much for those of you with very damaged, dry, or fine hair.

Apart from those minor setbacks, I would recommend the 3Q to practically anyone.

The BaByliss 3Q straightener compared to the GHD IV Styler

The GHD IV Styler- the most iconic, most-used, and most-loved hair straightener may have met its match here.

Both of the straightener perform in the same fuss-free, effortless, and speedy way- it’s just that the BaByliss option comes with more special features.

The GHDs do lack a temperature control, which would appear to be a drawback, but they run at a lower operating temperature than the 3Q, which means that they would likely make a better option out of the two for people with damaged or fine hair.

The Babyliss 3Q are exceptional straighteners that come with a variety of special features and various other functions which make them really stand out. I found them to be a delight to use and they resulted in hair that I am proud to show off to the world. If you want to have this confidence, then I very much recommend these straighteners.

User Rating: No Ratings Yet!

Advanced CeraTherm system for fast heat up to 235C and maintains high heat for true salon performance; Intelligent Sensor Protect Technology adjusts the temperature according to the characteristics ...

Made by: BaByliss, Available: In stock
VIEW DETAILS

Related Articles
We will be happy to hear your thoughts

Why sunglasses are essential for finishing off your look

8 Stunning Simple Prom Hairstyles You Can Do At Home

Article
Follow Us
Welcome
Thanks for visiting Hair Companion. We post hair straightener reviews for some of the world’s biggest brands, including GHD, BaByliss, Remington, Cloud Nine and Corioliss, as well as tips, tricks and how-to guides to keep your hair looking great. Whether you’re a fan of hair straighteners or you want to learn how to make the most out of your locks, check back regularly for new posts.
Subscribe to Hair Companion

Review
We use cookies to ensure that we give you the best experience on our website. If you continue without changing your settings, we'll assume that you are happy to receive all cookies from our website. More information.