Cloud Nine are known for implementing many features into their straighteners that can’t be found elsewhere. I was quite excited, then, when I got to test the “world’s first automatic iron”!

The Touch comes with some rather interesting features, including;

The Touch can be found here on Amazon , where the price will get you;

The C9 Touch from Cloud Nine; The C9 Touch heats up and cools down rapidly on demand; Unique black ceramic plates with added shine; Snap the plates together to adjust temperature; The Touch ...

Made by: Cloud Nine, Available: In stock
VIEW DETAILS

Also available is The White Touch. It is exactly the same as the regular version of The Touch, but instead comes in a stunning white colour. You can find it here on Amazon where you will also receive a heat guard and a heat-resistant carry case. 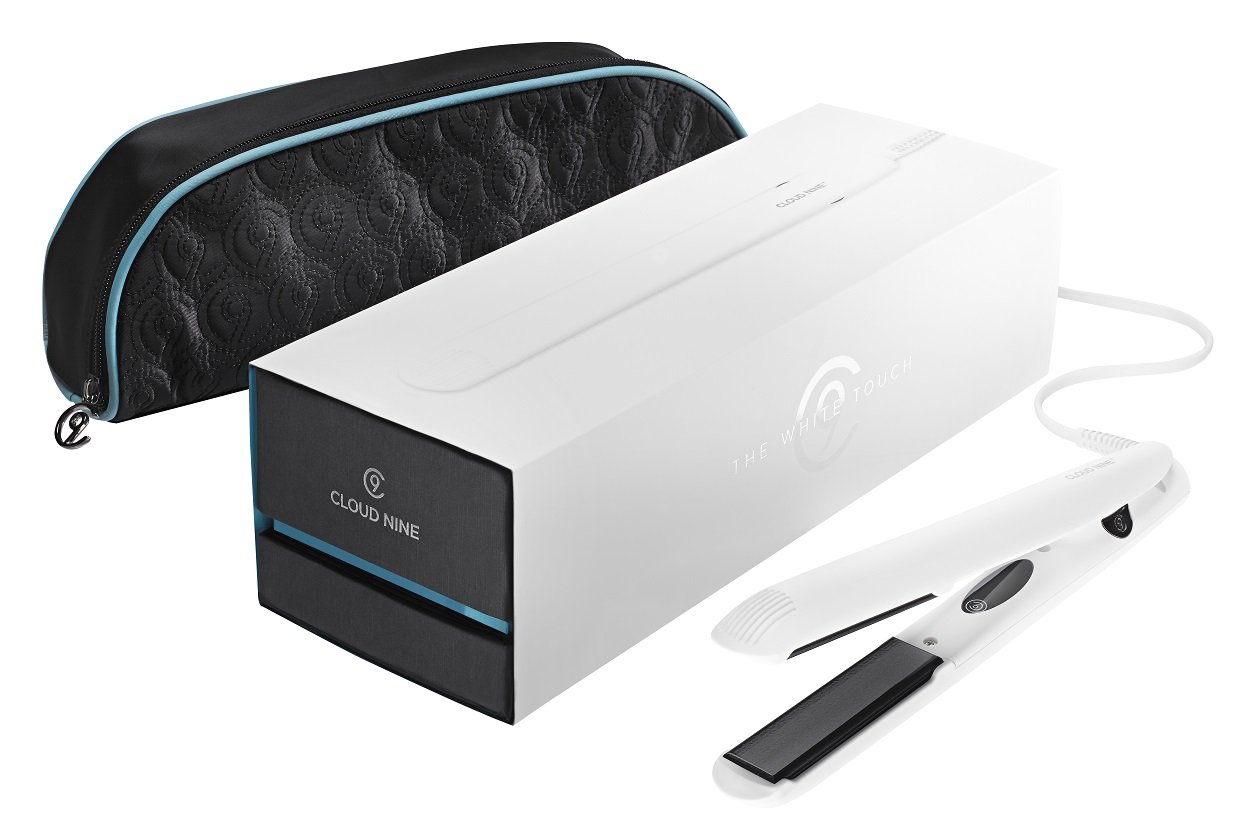 The C9 Touch is the innovative hair straightener from Cloud Nine in limited edition white; The world's first automatic hair iron offering instant heat from the first stroke with no on/off switch; The ...

Made by: Cloud Nine,
VIEW DETAILS

Overall, I was impressed by The Touch’s performance.

The plates glided through my hair without any sign of snagging, and I was left with perfectly straight locks. I also found that my hair was still fairly straight the next day! I decided to give some waving and curling a go, and The Touch also performed perfectly well in that department.

I would happily compare The Touch’s performance to that of the infamous GHD IV Styler, but more of that later.

However, The Touch was not without some (rather figurative) disadvantages.

One thing that originally set off alarm bells in my head was the lack of an ‘off’ button.

What if I forgot to unplug my straighteners one day? My house could burn down, a younger relative or pet could get their hands on them and injure themselves… the possibilities for worrying are endless!

However, The Touch tackles this by turning off after 30 seconds of inactivity. I would still recommend unplugging the straighteners if you do have anyone in the house that may happen to switch them on again, though.

I think the automatic heat feature is rather innovative and impressive, but for any worriers out there, me included, it may be best to stick to straighteners featuring a trusty on and off button.

Comparing The Touch to the GHD IV styler

As aforementioned, I would compare the The Touch to the GHD IV Styler without any qualms.

The Touch may be more suitable for those of you with finer or more damaged hair, as its lowest operating temperature is 165C, instead of the GHDs’ 175C.

One thing about The Touch that may concern people is the lack of power button.  It does open up a lot of questions about safety, but it massively depends on where you leave your straighteners, and who else inhabits your home.

The Touch may be an ideal option for those of you who want a no fuss, low-heat straightening experience that lives up to the infamous GHD IV Styler. However, for anyone who frequently doubts if they’ve turned their straighteners off, I would give it a miss.

The Touch from Cloud Nine certainly lived up to the expectations that I had of it and made for a great styler when I was doing my hair. The only downside would be the lack of an actual power button, which is no good for worriers! Other than that, though, these straighteners are ideal for making sure your hair looks amazing. The White Touch from Cloud Nine are exactly the same as their non-white counterpart, so there isn't much difference in my recommendation because they each have the same positives and flaws. However, I will say that the beautiful white design does make for a nice change to the monotone colours that usually accompany hair straighteners.

The C9 Touch from Cloud Nine; The C9 Touch heats up and cools down rapidly on demand; Unique black ceramic plates with added shine; Snap the plates together to adjust temperature; The Touch ...

Made by: Cloud Nine, Available: In stock
VIEW DETAILS

The C9 Touch is the innovative hair straightener from Cloud Nine in limited edition white; The world's first automatic hair iron offering instant heat from the first stroke with no on/off switch; The ...

Made by: Cloud Nine,
VIEW DETAILS

Can the use of straighteners affect the colour of your hair?

Related Articles
We will be happy to hear your thoughts

Why sunglasses are essential for finishing off your look

8 Stunning Simple Prom Hairstyles You Can Do At Home

Article
Follow Us
Welcome
Thanks for visiting Hair Companion. We post hair straightener reviews for some of the world’s biggest brands, including GHD, BaByliss, Remington, Cloud Nine and Corioliss, as well as tips, tricks and how-to guides to keep your hair looking great. Whether you’re a fan of hair straighteners or you want to learn how to make the most out of your locks, check back regularly for new posts.
Subscribe to Hair Companion

Review
We use cookies to ensure that we give you the best experience on our website. If you continue without changing your settings, we'll assume that you are happy to receive all cookies from our website. More information.